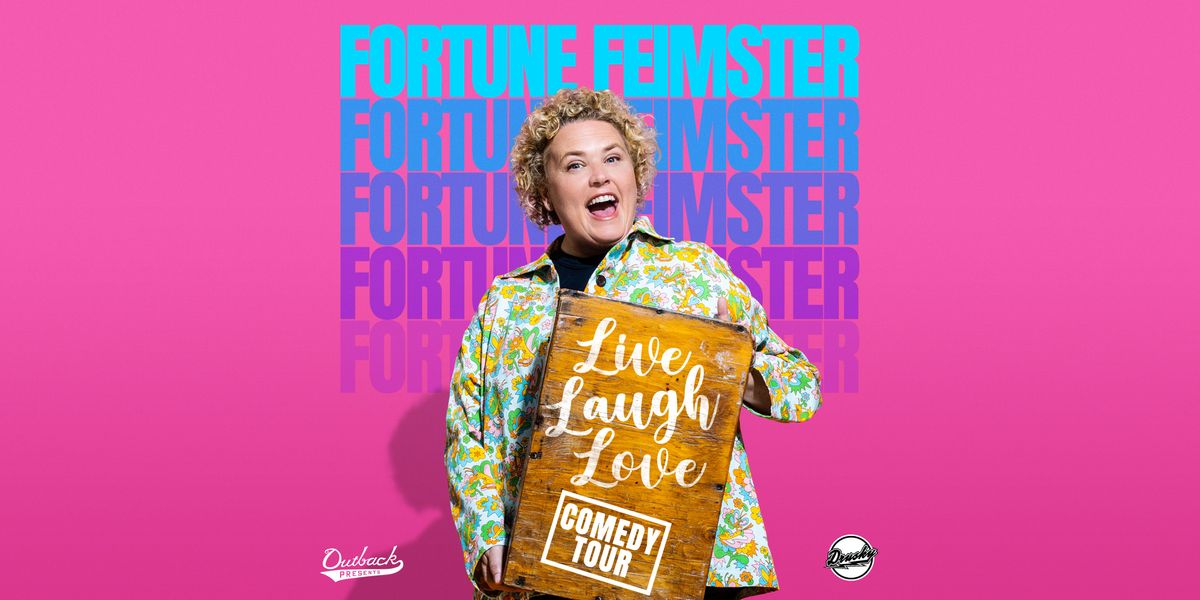 Affable, charismatic and one of a kind, Fortune Feimster is a standup comedian, writer and actor who uses her confessional comedy to bring people together. Through laughter and storytelling, Fortune shows audiences of all ages, backgrounds, and sexual orientations that common ground is only a joke or two away.

She expands on that commonality with her hilarious new one-hour special "Good Fortune" now streaming on Netflix.

The North Carolina native began her ascent to popularity as a writer and panelist on E's hit show "Chelsea Lately." She then starred as a series regular on "The Mindy Project" for Hulu and on "Champions" and "Kenan" for NBC. She has logged a multitude of guest appearances on television shows, including "Claws," "Nora from Queens," "2 Broke Girls," "The L Word: Generation Q," "Workaholics," "Glee," and "Tales of the City." Audiences became even more familiar with Fortune through her recurring role as the popular character Dougie on CBS's "Life In Pieces."

Her movie roles include appearances in "Office Christmas Party," "Yes Day," "Barb and Star Go to Vista Del Mar," and "Father of the Year." And she's a voice actor, recently voicing the role of Evelyn on "The Simpsons" and Counselor Jerry in Pixar's "Soul" along with recurring characters Brenda on "Bless the Harts" for Fox, Ava on "Summer Camp Island" for the Cartoon Network, and Olive in the upcoming "Velma" on HBO Max.

Viewers really got to know Fortune through her first Netflix special, "Sweet & Salty," which was nominated for a Critics Choice Award. With "Good Fortune" she expands further into her storytelling brand of comedy, hilariously delving into love, relationships, sexuality and shared experiences with Southern charm and the perspective of someone who grew up in the 1980s. She's your funniest cousin who isn't afraid to entertain the masses with tales of her good fortune, insecurities, and faux pas, including meeting her spouse in a parking lot, falling in love and her extravagant proposal that didn't quite go as planned.

Comedy fans can also find Fortune on the road. She tours the world with her unique style of standup comedy.

She's appeared as a guest on late-night including "The Late Show with Stephen Colbert," "Jimmy Kimmel Live," "Late Night with Seth Meyers," "Conan" and more. Her previous half-hour specials on Comedy Central and on Netflix's season one of "The Standups" led Decider to rave, "her presence is positively inspirational."

As a writer, Fortune has teamed with some of the industry's most outstanding talent. She created and starred in the Tina Fey-produced pilot "Family Fortune" for ABC. Steven Spielberg's production company, Amblin, also acquired two features Fortune wrote, "Bad Cop, Bad Cop" and "Field Trip." She is set to star in both.

She recently wrapped filming on a big Netflix action series with Arnold Schwarzenegger and she can currently be heard every morning on Sirius XM with Tom Papa on Netflix's "What A Joke with Papa and Fortune" radio show. She also hosts a weekly podcast with her wife, Jax, called "Sincerely Fortune."

Fortune has been building an innovative, inclusive, and unique career for more than 20 years. Be it on the road, her radio show, film, or television, her contagious and joyous comedy is touching lives and bringing us together daily. And with opportunities piling up as fast as punchlines, it's clear the determined and unflappable comedian is just getting started.

Yes, Fortune is everywhere so check out her tour to see if she's coming to a city near you!